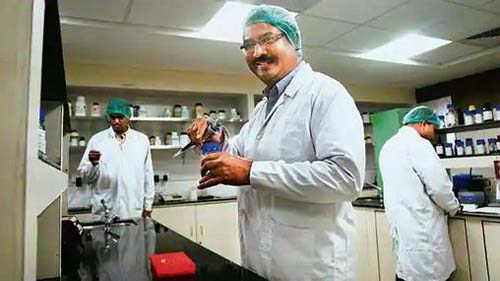 Bharat Biotech International Ltd has started phase 3 of clinical trials of its covid-19 vaccine Covaxin.
The company plans to enrol a total of 26,000 participants for the first phase 3 efficacy study for a covid-19 vaccine and the largest efficacy trial ever conducted in India. The participants will be enrolled at 25 trial sites across the country in the coming months.
Trial volunteers will then receive two intramuscular injections about 28 days apart.
Volunteers who wish to participate in this trial should be more than 18 years old.
Participants will be randomly assigned equally to receive either two 6 microgram injections of Covaxin or two shots of a placebo.
The trial is double blinded, such that the investigators, the participants and the company will not be aware of who is assigned to which group, Bharat Biotech officials said.
Covaxin has so far been evaluated in 1,000 participants in phase 1 and 2 clinical trials, with the company saying that the results showed promising safety and immunogenicity data.
Of the 25 sites, eight have received approval from their respective ethics committees for the clinical trial, according to data on the government’s clinical trial registry. Each trial site has its own ethics committee, which monitors whether the trial conducted at the centre is meeting ethics and the study protocol, according to clinical trial norms.
Aligarh Muslim University (AMU) vice chancellor Tariq Mansoor got himself registered to be the first volunteer for the trials at the university, he had said on 10 November.
The primary endpoint of the late-stage trial, used to determine the efficacy of a vaccine, will be to see if the two-dose shot can prevent a patient from developing symptoms of covid-19, according to the trial protocol. The secondary endpoint will be to measure how effective the vaccine is in avoiding severe symptoms of the disease and death in a patient.
‘Covaxin has garnered interest from several countries worldwide for supplies and introduction,’ said Bharat Biotech joint managing director Suchitra Ella.
Bharat Biotech plans to launch Covaxin by June next year, unless the government decides to give the vaccine an emergency use authorization before that, based on data from earlier phases of clinical trials, the company’s executive director, Sai Prasad, had said last month. The company is spending around ₹150 crore on the phase 3 trials and another ₹120-150 crore in setting up a new facility that will be operational by December, Prasad had said.
If the vaccine’s efficacy data is robust, it could be launched as early as February, making it the second vaccine likely to be launched in India after Serum Institute of India’s Covishield.